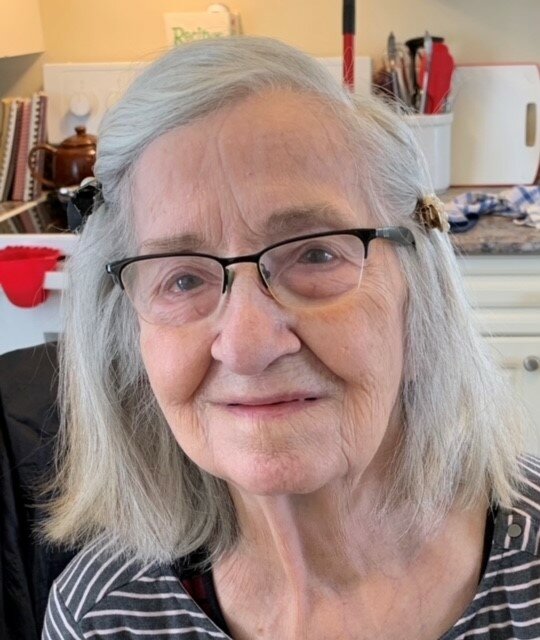 Please share a memory of Nettie to include in a keepsake book for family and friends.
View Tribute Book

It is with sadness that we announce the passing of Nettie Piecowye in the early morning of June 12, 2022 at the Hospice at Glengarda in Saskatoon, SK at the age of 89.

Nettie was born in the R.M. of Blucher, south of Aberdeen, SK on June 22, 1932 to Gerhard and Elizabeth Dyck (nee Schellenberg). Nettie grew up on the farm with 12 siblings, 2 who passed in infancy. She always spoke fondly of her childhood and large family, and the strong sense of community in which they lived. She enjoyed sports growing up and helping out on the farm was expected. She moved to Saskatoon after her schooling, working in various jobs until she attended the Marvel School of Beauty to become a hairdresser. She then married the love of her life, Peter, on May 24, 1960, moving to Prince Albert where Peter had joined the Prince Albert Police Department. They built their home on the acreage west of Prince Albert, on the Shellbrook Highway. Nettie worked at the Vogue Beauty Salon, eventually purchasing the salon, and operating it until children entered their life.

Nettie and Peter had two children, Curtis Lyndon Peter in 1967 and then Nancy Carla Kimberly in 1969. She then put all her energy and love into raising her children, selling the salon and becoming a stay at home mom. However, she would continue to do hair for neighbours and the kids for the next 20 years. While the kids were growing up, Nettie was very active and involved in their life, always willing to be a parent volunteer at the school and in their extra-curricular activities. She spent endless hours in the car driving the kids to hockey, figure skating, ball practice, and part-time jobs, until they could drive themselves. Nettie was a supportive partner to Peter, whose job on the Prince Albert City Police force could be stressful at times. The acreage was their sanctuary, and it was where they built their life and made many memories. On the acreage, she kept a large garden and did lots of canning for the winter months. They spent weekends camping and fishing, skiing at Little Red River Park, and travelling with the kids.

When the kids were older, she went back into the paid workforce, working at The Bay in housewares, and also at Richie's Bakery. Nettie was a reliable employee and found satisfaction in doing an honest day's work. In retirement, she took up golf and curling, continuing both into her 80's. Nettie and Peter also travelled in retirement, driving across Canada to the Maritimes, visiting the West Coast, and they especially enjoyed wintering in Arizona one year before Peter's health problems made it difficult to travel. Her other favorite pastime in retirement was spending time with her grandchildren, Landis, Sydney and Nolan. Nettie was a wonderful grandma, always willing to play a game on the living room floor, or taking them for a special lunch at Burger King.  As they got older, she enjoyed watching them play sports, primarily hockey, soccer and lacrosse. Nettie was always a willing babysitter and never hesitated to help out when needed.

In 2000, Nettie was diagnosed with Bladder Cancer, but was able to successfully overcome it and remained active and quite healthy until 2018. In February 2018, she had the first of her two strokes which brought on vascular dementia. She moved to Saskatoon in the spring of 2018 to be closer to Nancy and the family, first living at Primrose Chateau, and then moving to Cedar Gardens Personal Care Home after her second stroke.

Although cancer appeared again in March of 2020, Nettie was able to enjoy a comfortable quality of life until it progressed in April of 2022. She was admitted to the Hospice at Glengarda on April 21 and received exceptional care from the doctors, nurses, and care partners until her peaceful passing in the early morning of June 12, just ten days short of her 90th birthday.

Memorial Service will be held at 11:00 a.m. on Tuesday, August 23, 2022 at Gray's Funeral Chapel, 575 28 Street West, Prince Albert, SK S6V 4T1. A private interment will be held at the South Hill Cemetery following the Service. In lieu of other tributes, donations to the Canadian Cancer Society, 2 630 45 Street West, Saskatoon, SK, or the Hospice at Glengarda, 301 Hilliard Street East, Saskatoon, SK are gratefully accepted in Nettie's memory. Condolences may be sent to the family at www.grays.ca.  Arrangements have been entrusted to Gray's Funeral Chapel, (306) 922-4729.