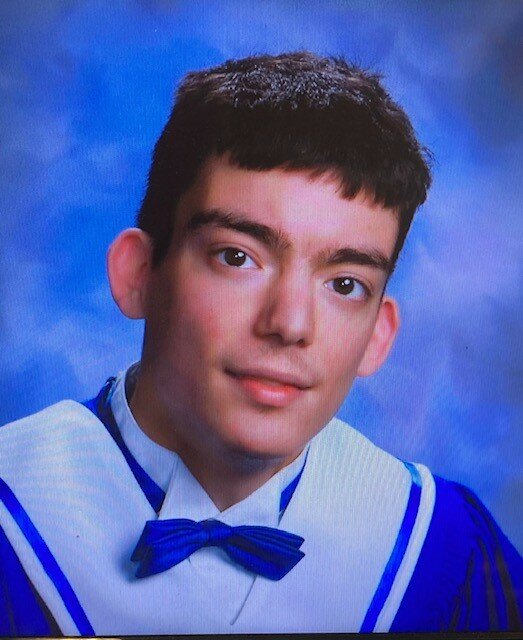 It is with profound sadness that the family of Tanner Kowalski, at the age of 26 years, announce his sudden passing on Friday, June 24, 2022 at the Victoria Hospital in Prince Albert, SK due to complications with Cancer.

Tanner James Kowalski was born on August 13, 1995 in Saskatoon, SK to Reg Kowalski and Tracy Vermette; he became the brother to Tyler, Mitchell, Colby and Adrianna. Tanner attended and graduated from St. Mary’s High School and later worked at Kin Enterprises. Tanner filled his time with his love of movies, sports and music, both live and recorded with Donny Parenteau and Shania Twain topping his list.  He even got a high five from Shania Twain herself three times. Tanner held a season ticket to the Prince Albert Raiders and made many friends in section 14.  He enjoyed going to watch the Saskatchewan Roughriders and the Edmonton Oilers when the opportunity arose but his hands on talent was his time with the Prince Albert Special Olympics playing floor hockey and golf.

Tanner would always want life to be summed up with these three words: Live Laugh Love!

Tanner’s family would like to thank Kin Enterprises for their support and of Tanners T.A’s that he made friends with along the way; his medical team: Dr. MacKay, his oncologist in Saskatoon, and her nurse Cindy; the University of Saskatoon Hospital Oncology Department and the doctors and nurses; the Victoria Hospital in Prince Albert Emergency and ICU doctors and nurses for the great compassion and care they gave Tanner. Thank you to Pastor Dennis Serfas, Donny Parenteau and Myriam Minier and the staff at Gray’s Funeral Chapel for assisting in celebrating Tanner’s Life.

Celebration of Life will be held at 2:30 p.m. on Wednesday, June 29, 2022 at Gray’s Funeral Chapel, 575 28 Street West, Prince Albert, SK with Pastor Dennis Serfas officiating.   In memory of Tanner, donations may be made to Special Olympics, specialopa@gmail.com. Condolences may be sent to the family at www.grays.ca. Funeral arrangements have been entrusted to Gray's Funeral Chapel, (306) 922-4729.

To send flowers to the family or plant a tree in memory of Tanner Kowalski, please visit Tribute Store
Wednesday
29
June