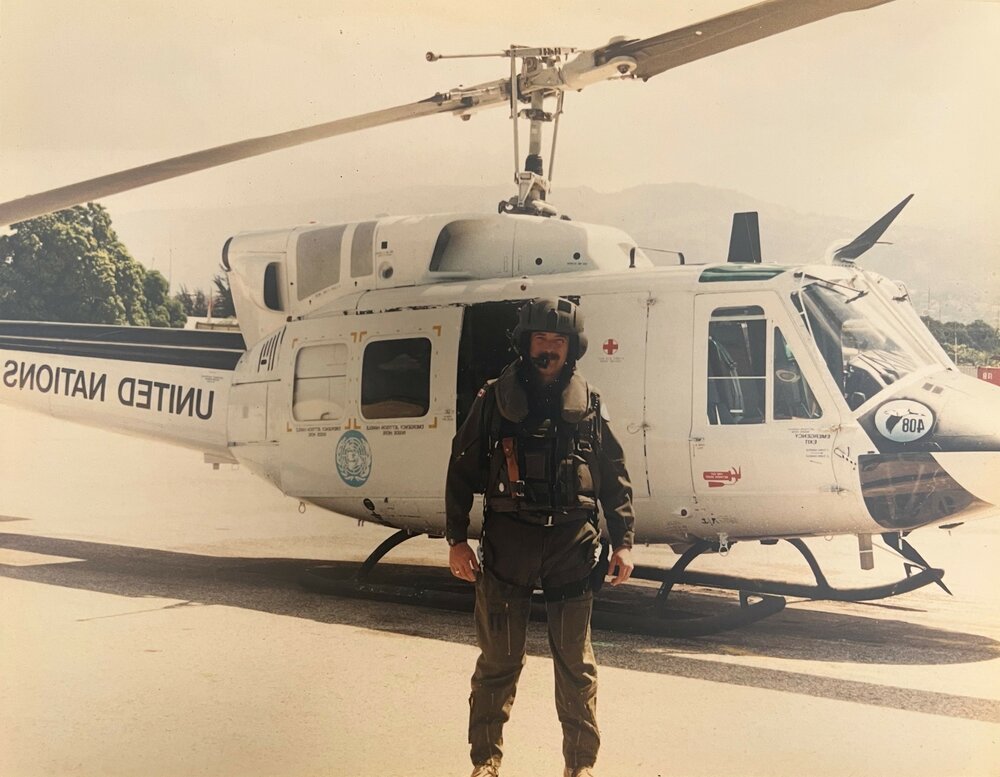 Please share a memory of Peter to include in a keepsake book for family and friends.
View Tribute Book

Peter Robert Van Driessche (Pete, Pete the Sarg), 58 years old, passed away of natural causes, at his home in Duck Lake, Saskatchewan. He was born on September 9, 1963 in St. Mary’s, Ontario to Maurice Luc Van Driessche and Therese-Marie Capon. Peter was the middle child of three children.

Peter attended St. Agnes Elementary & Junior High School, and St. Patrick’s High School. While in high school he joined the Air Cadets, and Armouries in Halifax, Nova Scotia. After graduation he began his career with the Royal Canadian Arm Forces in Gagetown, New Brunswick. He then had postings at Petawawa, Ontario, Shiloh, Manitoba, and Wainwright, Alberta. He served with United Nations as a Door Gunner. His life-long achievement was in the army where he served as a peacekeeper on tours in Cypress, Haiti, Croatia, Kosovo 1989, and Bosnia 1998-1999.

In 1987 Peter married his sweetheart, Carol Lynn Brass in Shilo, Manitoba. He and Lynn belonged to the Veterans of Saskatchewan Canadian Military Group.  He loved camping with his wife, two dogs (Angle and Ceaser), and Lynn’s family. He liked it when friends and family would drop in to watch the Saskatchewan Rough Riders. In his spare time, he enjoyed golf, and quadding. Occasionally he would dabble in video gaming and racing remote vehicles in the neighbourhood with his pal.

Towards the end of his military career, he started to work in the trucking industry in St. Albert, Alberta. After a couple years in retirement, he and Lynn moved to Duck Lake, SK, where he continued trucking. He worked with Broda Group LP for a few years, and then joined Snake Lake Group of Companies in 2015. In 2018 he started his own Pilot and Hot shot business called “Sargent Pete’s”.  He traveled from Ontario to British Columbia, as far north as Uranium City, and as far south as USA border.  He specialized in Northern areas.

Peter’s smile and great sense of humor made him approachable as he found ways to make someone laugh. He had a generous heart and was compassionate about the well-being of family, friends, Regiment, and the people he met along the way. He will be sadly missed by all.