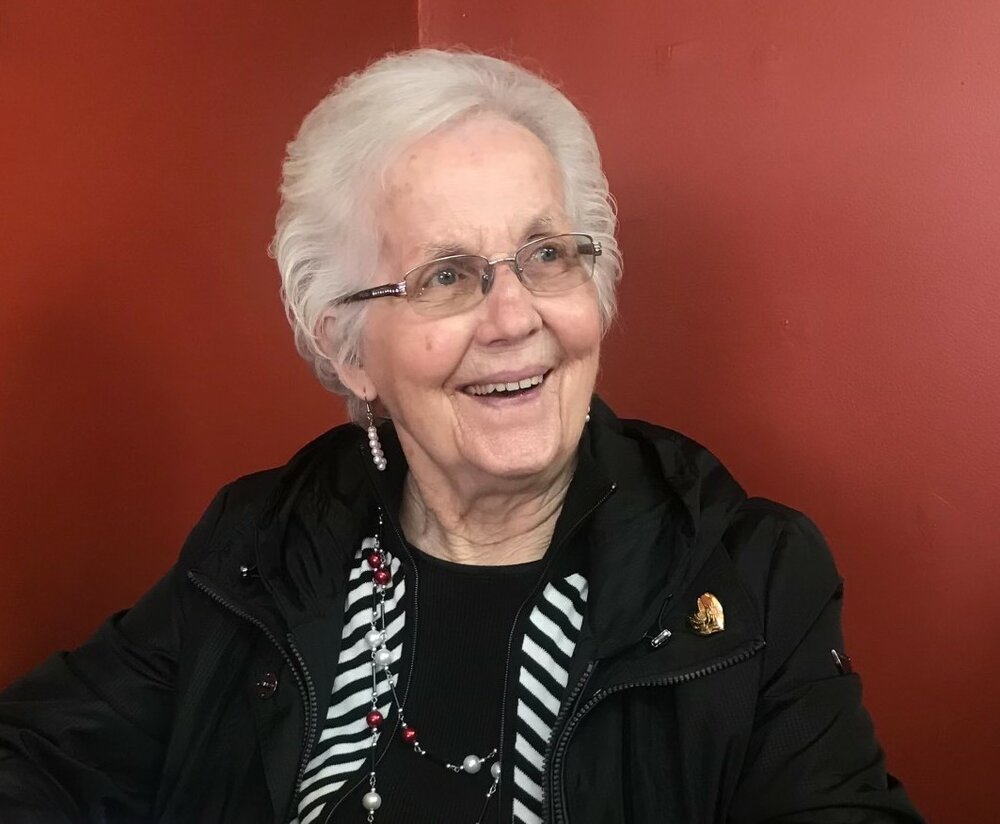 Please share a memory of Hilda to include in a keepsake book for family and friends.
View Tribute Book

We sadly announce the passing of Hildagard of Provost, AB and formerly of Prince Albert and Choiceland, SK. She passed away peacefully in her sleep at Provost Long Term Care on July 22, 2022 at the age of 91 years.

Hilda was born on May 17, 1931, in Choiceland, SK on the family farm. She attended Blue Fox School and completed her Grade 10. Hilda also completed a stenographer’s course at Pop Jordan’s School in Prince Albert, SK.

Hilda’s first job was at the Bank of Nova Scotia in Choiceland, SK. She also worked in lumber camps in Alik, MB and Quesnel, BC. Hilda’s last place of employment was at Hudson’s Bay Wholesale in P.A.

Hilda’s favorite job was that of homemaker and she was excellent at it. She loved any type of social gathering with family and friends. Hilda loved fishing, berry picking, old time dancing, bowling, cards, knitting, and sewing. Hilda was an accomplished baker, cook, and canner. Her gardens and flowers were admired by all.

Hilda was involved with the Prince Albert Fish and Gametes, and the Heritage Seniors Centre.

Hilda’s smile was a beam of light that warmed any person that saw it. Her hugs were the best and will be missed by all.

A special thanks to the staff of Provost Long Term Care.

Memorial Service will be held at 1:00 p.m. on Wednesday, August 17, 2022, at Gray’s Funeral Chapel, 575 28 Street West, Prince Albert, SK. Interment will be at Prince Albert Memorial Gardens. In lieu of other tributes, donations may be made to the Provost Hospital Auxiliary Society c/o Recreation Department, P. O. Box 126, Cadogan, AB T0B 0T0 . Condolences may be sent to the family at www.grays.ca. Funeral arrangements have been entrusted to Gray's Funeral Chapel, (306) 922-4729.