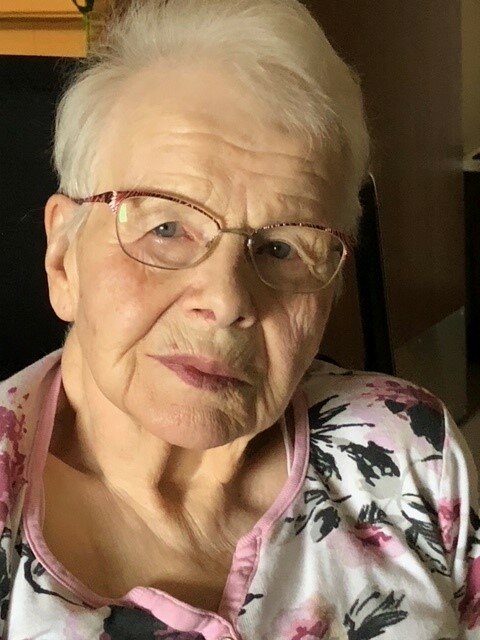 Please share a memory of Helen to include in a keepsake book for family and friends.
View Tribute Book

Helen graduated from Normal School at 16 years of age and took a teaching position in the rural Nipawin area.

Helen and John Dahmer were married in 1949 and they settled on the farm in the White Clay District, in the Carrot River area. They welcomed Alan and Gloria to their family. Those early years saw them moving to Spiritwood, central Alberta, Inuvik, NWT and in 1960 they returned to Nipawin.

Helen pursued her Education Degree at week-end classes in Tisdale and Melfort and convocated with distinction in 1975.

Jack and Helen were avid ice-fishing folks and enjoyed their cabin at White Swan Lakes. If there was a new recipe for lake trout, Helen tried it.

Helen retired after 35 years of teaching. Upon retirement a pair of dirt bikes were purchased, and Jack and Helen were hooked. Mom achieved her motorcycle endorsement, and she rode her own bike to the Rocky Mountains a time or two. The decision was made to ride two up on a Venture and a few years later a Harley. They pulled a little camper trailer behind and set out on adventure every summer. They rode from Alaska to Mexico, New Zealand, across Canada and 47 of the American States.

Widowed at 69, mom was on her own. A few years later, a gentleman from Normal School days came calling, and shortly after Helen and Paul Skopyk were married. Life was good and they settled into their home in Shellbrook.

A life changing stroke in 2016 and in an instant life forever changed. Helen resided at Pine View Terrace Nursing home in Prince Albert until August 5th, 2022.

The family extend our gratitude to Pine View Terrace Nursing Home for their care over the last six years. The caregivers, nursing staff, recreation folks – we appreciate you!