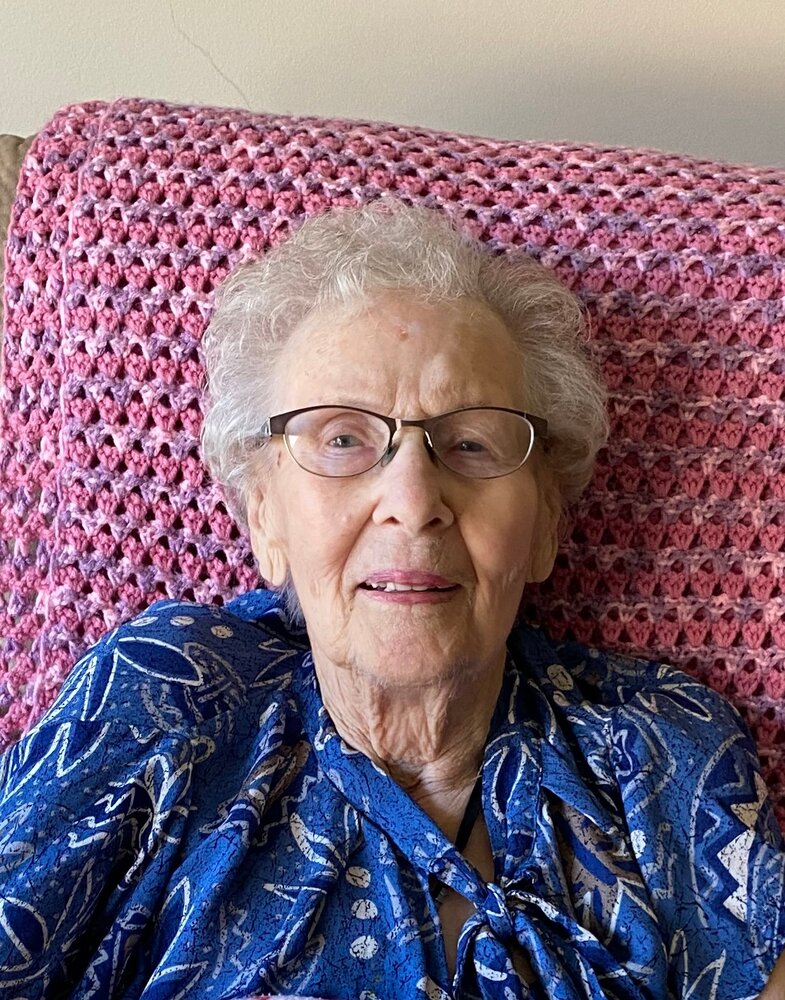 Please share a memory of Gladys to include in a keepsake book for family and friends.
View Tribute Book

It is with great sadness that the family of Gladys Faber announce her passing on September 29, 2022 at Good Shepherd Villa in Prince Albert, SK.

Gladys was born on the family farm near Hague, SK on May 26, 1927.  After completing grade 8 she worked at Friesen’s Store in Hague. She moved with her family to Abbotsford in the fall of 1946.  In July of 1947, she married Carl Faber and they moved to Makwa where they began to farm. She loved the farm life. It was hard work but found time to have fun times too. She belonged to a local ladies group called the Makwa Sunshine Club; the ladies had many great times together.

Her church family was a very big part of her life, and she played the organ for her church for 60 years. Volunteering was part of her contributions to the community. Her organ playing continued in Prince Albert at Mount St. Joseph’s when Deacon Eldon Danielson held services there. Gladys was an excellent seamstress and made all her own clothes plus her children’s and over the years sewed many bridal party dresses.

In the early 1960’s she began to work for the Makwa Coop and eventually became the store manager. She was always striving to learn and better herself and obtained her GED when it was made available in Makwa area in 1976. In 2007, time had come to move off the farm and Carl and Gladys moved to Prince Albert and soon became part of the community. When they moved, Sandy Spademan did some work for them in their house; they immediately became friends and was considered part of the family. Carl and Gladys enjoyed 28 winters in Mesa, Arizona where they made many lifelong friends. Her last three years were in Good Shepherd Villa and had made many friends there also.

The family would like to extend a special thank you to Pat Chuey and her amazing staff at Good Shepherd Villa. They are all such compassionate, caring, and special care givers. Also thank you to Maricar for her special gift of music and singing to the residents and singing to Mom on her last few days.

Funeral Service will be held at 3:00 p.m. on Saturday, October 8, 2022 at Messiah Lutheran Church, 1796-15th Avenue East, Prince Albert, SK with Pastor Dan Haugen officiating. Interment will be held at a later date. Donations in memory of Gladys may be made to Rose Garden Hospice, 1403 Central Ave Ste 450, Prince Albert, SK S6V 7J4 or charity of donor’s choice. For livestreaming of service, please go to www.messiahluthpa.com and click “online worship services”. Condolences may be sent to the family at www.grays.ca. Funeral arrangements have been entrusted to Gray's Funeral Chapel, (306) 922-4729.

Please be advised that there is a water supply issue at the Church. There will be no bathroom facilities available.