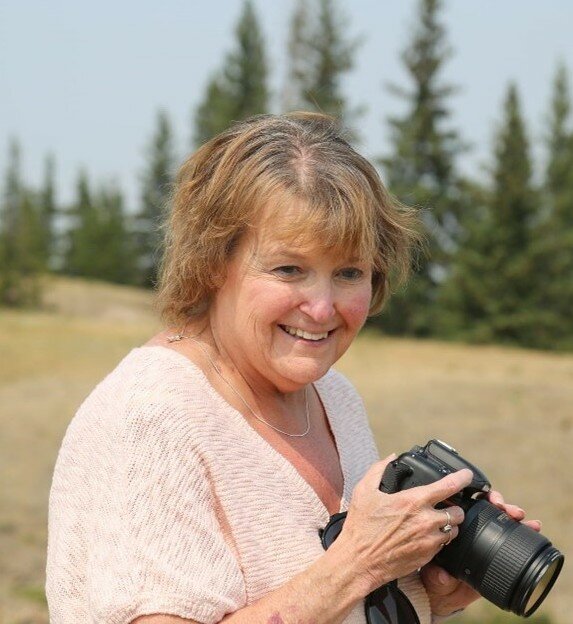 Please share a memory of Barbara to include in a keepsake book for family and friends.
View Tribute Book

The family would like to announce the sudden passing of Barb on October 14th, 2022 at her home north of Prince Albert.

Barb was born March 5, 1958 to Jim and Margret Gregg in Edmonton, Alberta. Her family moved to Saskatoon a few years later. After completing high school, she attended SIAST Kelsey Campus where she took Resource Management which led her onto a 35+ year career with the ministry of environment, forestry branch. Early in her career she became interested in timber scaling and she became the Chief Scaler for the province. She was the provincial representative on the CSA committee and was the Canadian chair for a number of years. She remained a member of the committee even after retirement up until her untimely passing.

Throughout her schooling and work she met lifelong friends, including the love of her life Darwin Janke. They met in Hudson Bay, married in 1983 and later settled on their acreage north of Prince Albert.

There they raised their two children Tyrel and Caitlin, as well as many dogs, cats, and horses.

She enjoyed photography, crafting, weaving, knitting, sewing, and making whatever she put her mind to. She enjoyed going to the family cabin at Little Bear Lake and traveling around Canada with her career. In 2015, Barb began her 7 year battle with multiple myeloma, which earned her the name, “the unicorn”, by her doctor for defying the odds stacked against her. In 2017, she met her granddaughter Hailey which she spoiled every chance she got.

Please join us to exchange stories and memories of Barb’s Life during a Celebration of Barb’s Life at 2:00 p.m. on Saturday, November 26, 2022 at the East-West Room, Prince Albert Exhibition Center, 815 Exhibition Drive, Prince Albert, SK. The Celebration will be live streamed at YouTube livestream https://jonlao.xyz/barbara-janke. Donations in the memory of Barb may be made to the Canadian Cancer Society, 2 – 630 45th Street West, Saskatoon, SK S7L 5W9. Condolences may be sent to the family at www.grays.ca.  Funeral arrangements have been entrusted to Gray's Funeral Chapel, (306) 922-4729.