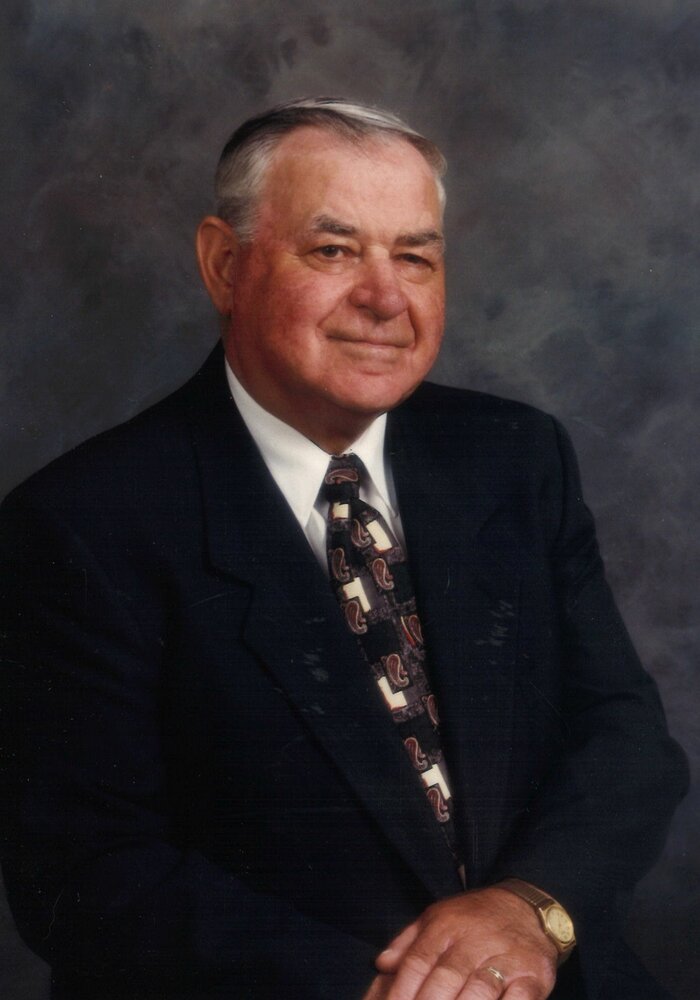 Please share a memory of Jerry to include in a keepsake book for family and friends.
View Tribute Book

It is with a sad heart that we announce the passing of our beloved husband, father, grandfather, great-grandfather, uncle, cousin, and friend. Jerry passed peacefully on November 24, 2022 surrounded by peace and love after a prolonged illness.

Jerry was a farmer through and through. Even after retiring he kept up on all the newest farming trends and markets. He loved being on the land and the land loved him in return. He began his farming career at Honeymoon alongside his parents, where he later took over the operation in the early 1940’s. In 1953 he married the love of his life, Olga Krechowec. Together, they built a family, worked the land, and created a simple life that they both treasured. Their love of 70 years was inspiring as they cared and cherished each other as well as those around them.

Jerry was a talented musician and the banjo player with the Honeymoon Ramblers. This group of childhood friends played for many weddings and gatherings in Honeymoon and the surrounding area. Jerry loved old-time music and would often sneak away to

the den to visit his favorite tunes.

In 1967, they took a risk and began farming in Buckland. Together they took a yard that was a total mess and turned it into their oasis. How Jerry loved that land. He took such pride in it and cared for it as only he could. In return it cared for him and his family. During the first few years of this adventure, Jerry also worked as a mechanic when farming was not in full swing. He was a man of many talents.

Jerry had a vibrant personality. He was always up for a conversation, met new friends wherever he went, and always managed to run into someone he knew, even if it was in the airport in Honolulu. He was a humble, generous man that endeared himself to family, friends, and all who got to know him.

Jerry loved his family. Family was not always defined by blood relation but most often by relationship. He loved with his entire being. Jerry was funny, kind, and at times stubborn; his immense spirit filled a room.  Jerry was never too busy to help or provide guidance.  He loved his grandchildren and great grandchildren and was proud of all their many accomplishments.  He was one-of-a-kind and will be remembered and missed by many.

A special thank you to the exemplary care provided by the care professionals at City Hospital in Saskatoon, SK. Your kindness and care was greatly appreciated.

Funeral Service will be held at 11:00 a.m. on Tuesday, November 29, 2022 at Gray’s Funeral Chapel, 575 28 Street West, Prince Albert, SK. Interment will be at Prince Albert Memorial Gardens. Condolences may be sent to the family at www.grays.ca. Funeral arrangements have been entrusted to Gray's Funeral Chapel, (306) 922-4729.