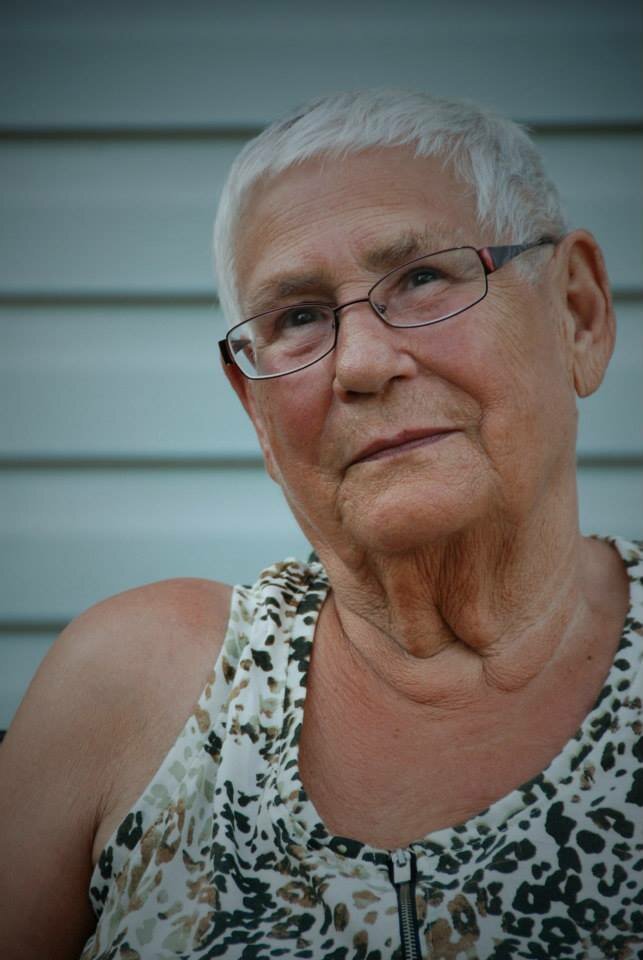 Please share a memory of Mary to include in a keepsake book for family and friends.
View Tribute Book

In 1942, the family moved to Melfort, Saskatchewan where Mary went to school for 3 years. In 1945 the family moved to Prince Albert, Saskatchewan where Mary attended the Convent of Sion.  Mary then went to the Muenster Convent for grade 9 before returning to Convent of Sion (Presentation of Mary) to finish her education. Mary then started working at the Sanitarium for a summer moving on to working for Sasktel as an operator. When Mary Anne Clara was 19, she married Lloyd Carmen Middlebrook in Prince Albert, Saskatchewan November 6, 1954. Mary and Lloyd lived in Prince Albert for 43 years and had 6 sons, Denis, Dexter, David, Douglas, and twins Darryl and Dwayne.

In August of 1997 Lloyd Carmen Middlebrook passed away. Mary then met another wonderful gentleman, Leo Smith, in the spring of 1998. On January 16, 1999, Leo and Mary were married. Mary learned a lot about farming and chore time where they lived at Sturgeon Lake area farm. Mary loved fishing, cards, dancing and visiting, Leo Smith passed away on February 28, 2003. Mary then moved in with her sons Douglas and Darryl who helped fill the void of her loss’s.  Mary would be seen gallivanting around the countryside with all her 5 sons from west coast to east coast to states and the many lakes in Saskatchewan enjoying life.

Mom always loved time with family and friends and could not wait until the next gathering. Mom always treated and loved her sons, daughter in laws and grandchildren equally and to the fullest. You could never get her to agree there was a favorite one over the other even when joking as she loved all fully.

Mary Anne Clara Smith passed away Friday, January 20, 2023, at the age of 87 years. You are loved and missed by all, rest in peace.